The first line of the first book written by Françoise Rabelais — writer, doctor, teller of bawdy jokes — addresses those most "Most Noble and Illustrious Drinkers," before taking up Plato's The Banquet, Socrates and Silenus, the foster-father of Bacchus. By this one sentence from Pantagruel, two things are made clear. Rabelais was very sharp; Rabelais was very much a sot.

To call him uncivilized would be unfair. He is known, after all, for his moral clarity ("Frugality is for the vulgar"), for his principles ("From the gut comes the strut, and where hunger reigns, strength abstains") and for his restraint ("I drink no more than a sponge"). It's impossible to say just how Rabelais lived, but if the fantasies he wrote reflect anything of the life behind them, then the quality of his character is well documented. He was well read, well fed and always hungry for more.

I should say that my interest in Rabelais started not with his books, but with a bookstore named in his honor. It's impossible to know, but I'd like to think that Rabelais Books, of Portland, Maine, reflects the better nature of the name it bears.

The two owners, Samantha Hoyt Lindgren and Don Lindgren, are outsiders that have been accepted by an insiders' state. Don, a former rare book collector, and Samantha, a former magazine photo editor and pastry chef, have their professional roots in Dadaism, in People magazine and, even, in international music. They will forever be from "away" for those old-time Mainers whose narrowly defined regionalism is beginning to feel like an anachronism in an increasingly progressive city. But their energy — comfortable, smart, breezy — is more country than city. At one point, a local chef brought her young son in to pet the Lindgren dog — apparently a favorite of his. The point was there. They're now part of the herd.

From it's position on Middle Street, the bookstores is next to Hugo's, across the street from Duck Fat, Norm's East End Grill, and Ribolita's, and only a gull's throw from Fore Street, The Standard Baking Company, Two Fat Cats and Amato's, where you'll find the finest French food, BBQ, fries, steak, seafood and bakery in town, as well as what some argue is the birthplace of the Italian sandwich. Part of the Lindgren's success is undoubtedly due to how well they have captured the variety of Portland's longstanding interest in food. According to Don, both he and Samantha are into either the "really high cuisine stuff, or the farm to table stuff. Two sorts of ends of things, but Portland is a town where you can do both."

For my part, I first stumbled upon the store with a croissant and a cup of coffee in hand, as I made my way over to Duck Fat for some late morning fries — not something that I would recommend regularly, but when done infrequently can kick start one's system, much like a New Year's plunge in your neighborhood lake.

On this day, Samantha wasn't there. I spoke to Dan for a little while, and came back the following day. During our conversation, as we discussed how ridiculous it is that farmers can't make bacon on their premises, Don lit up. He had bought a slice of imberico pata negra, cut from a black-footed pig in Spain, that he had bought that morning at The Cheese Iron in Kennebunk. Tasting it, and feeling the physical comfort of fat on the tongue, I recalled the story Bill Buford told of Mario Batali serving lardo to his guests. Only now do I realize how generous Don's gift was. And how serious it made Samantha and he about their food.

What follows is an abridged — and slightly annotated — version of the conversation I had with them that day.

Don: Basically, we just learn things as we talk to people all day long. Which is great.

It's very interesting. We'll start talking about some issue, and we'll ask, "Well, why isn't there more so and so?" Then you'll realize that you've got demand over here, and potential supply over here, and there's something in the middle that's stopping it from happening.

Samantha: And usually it's the government.

Like here, we have this type of shrimp called the Maine shrimp. Basically, it's a Janaury to March season. They're absolutely wonderful, delicious little shrimp. This year it was much better, but last year they were selling off the boat for something like $0.35 a pound, now you go to Whole Foods and they're $9 a pound. So the fisherman are like why bother, we'll go for something else. There's been something of a local movement to get them back.

The local movement also constituted of getting people to learn how to cook them, and also getting all the restaurants to carry them. But the real problem is there are no traditional shrimp picking operations, which used to be a thing that happened all up and down the coast. It used to be little old ladies doing it around their tables. But you can't do that anymore.

With wheat, there's a growing artisanal and heritage wheat movement in Maine, but there's only one mill. So the vast majority of artisanal wheat is shipped to the Midwest, milled, and shipped back.

D: So there's people, like Borealis Bread, and Tom Chappell from Tom's of Maine, they're looking at possibly building a mill in Maine that deals with heritage wheat.

There are eight other examples I could give you, but there seem to be these gaps, these challenges, that people can't quite jump over. It's too big for the farmer, and too big for the restaurants. So who's going to jump in and fill that gap?

On the demand for organic v. health books driving people to their store:

S: It's not so much "healthy" books, as the word "health" turns both of us off. If you've read Michael Pollan, you know the whole thing about in the supermarket, if it says it's good for you, it's not. So we don't get too many people who are interested in healthy food.

But the idea of eating "authentic" is definitely three quarters of the people who walk in the door.

S: There are people within that group who do come in because they have allergies to additives and can't digest whatever, and those are people who are looking for whole foods. But that definitely is a trend.

And, as Don was saying, there are people who are interested in what a real potato tastes like.

D: There are a couple of other interesting trends we've seen. They're nothing you would not have heard about, but there's definitely a meat trend.

And there are a lot of people we've met who were vegetarians who have converted back to being meat eaters. According to the ones who explain themselves, people feel like they now have a sense of where their food is coming from and they have some element of choice in there and that's a huge thing.

S: There's a certain section of the vegetarian population who chose to go organic for political reasons, because of the way the animals are treated. So if they know that the animal has been raised on a farm by a farmer, and they know that he's treated that animal fairly, then I can eat it again if it's fed by a farmer. And then, in that formulation, it becomes a political choice. You have to go out of your way to find the farmer and you have to pay more, you can't just go to the supermarket to get your pork, you have to think about it.

D: Which changes the way you cook. Often, you're buying half a pig. And so you actually have to know more about what the meat is and how to use it and how to cook it and how to cut it. And on the restaurant side of things, that's also driving the interest. You know, it's interesting, there are all these meat things that are going on, things that are appearing on plates in restaurants that I think a lot of people used to say "Yuck" about. Headcheese. Headcheese had a bad rap for years. Oscar Meyer headcheese, you know. And yet, people now are like "Ok." And bone marrow, and pig's feet jelly. These are things where people are like, "Oh, it's using the whole animal. And it has a role in the culinary world. And it's tasty."

On how much of the American public is really being effected by the organic movement.

S: I'm still a real pessimist about that. I still think it's a very small sliver. We were at the Cheese Iron this morning, talking to them. They have this beautiful store, just up Route One, across from McDonalds, or whatever it was, and we watched them all day long, and that parking lot is jammed. And we're right across the street with good food.

D: At the height of the anti-fast food movement. Every day, there's another story about obesity in America.

S: I think, as you were saying about educating our taste buds, those kinds of flavors are so blunt, and if you've been eating them since you were a kid, anything else is going to taste scary to you because it's so big.

The taste of fat is this thing that as organic beings we're drawn to, but in reality don't need anywhere near as much fat as tastes good.

We have friend who says to their four-year old son, "If you behave, we'll take you to McDonald's." In that way, it becomes a reward. It's better than eating at home.

(A nod to John Thorne, for the title, drawn from his book, Serious Pig.) 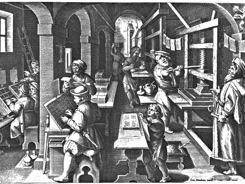