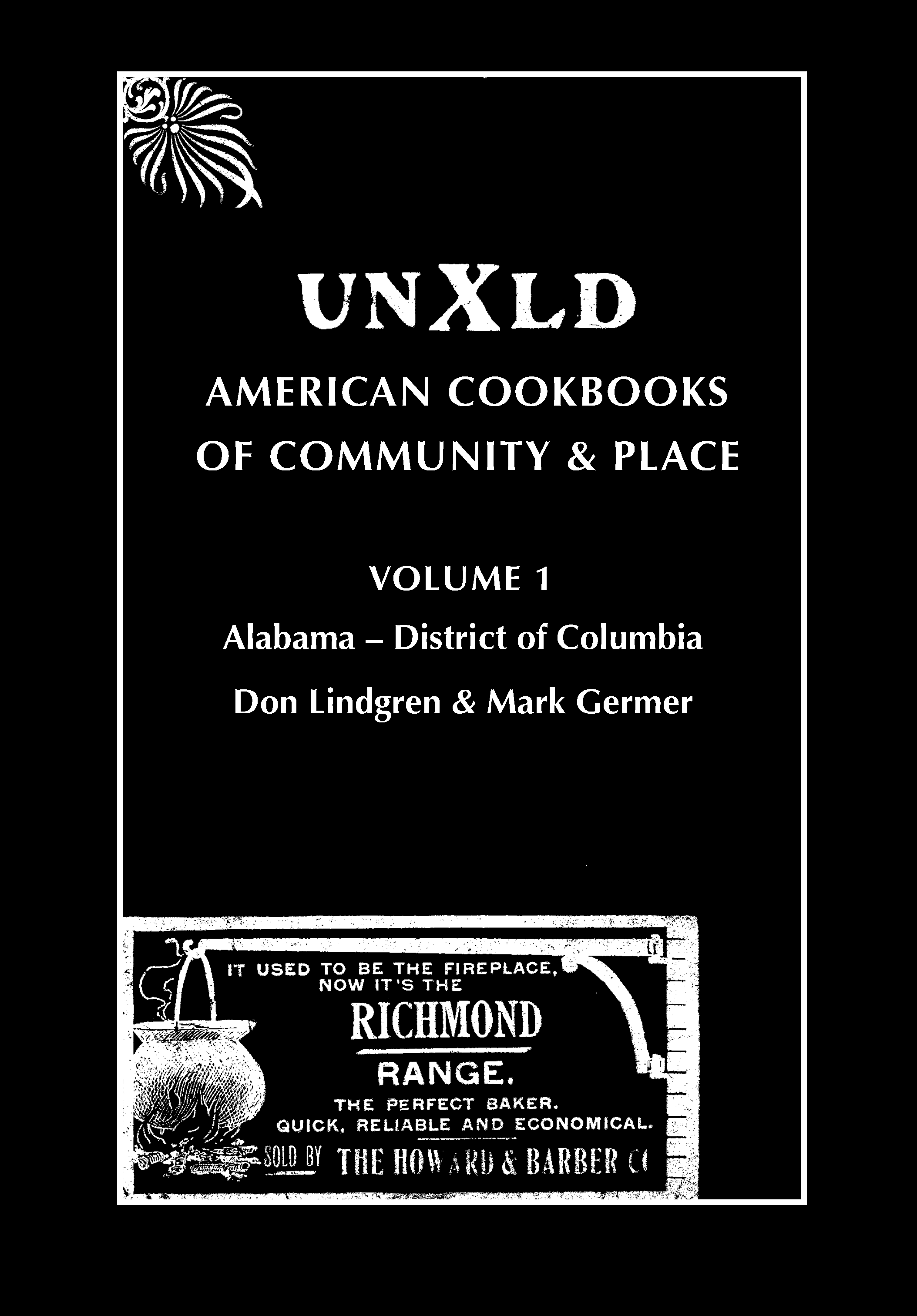 THE FIRST volume in a long-term effort to examine American community cookbooks as well as other cookbooks outside the formal genre that express place and/or community.

FOR MORE than one hundred fifty years, groups of women (and, rarely, men) have gathered around kitchen tables, in church basements, and in meeting halls, to collect and organize recipes for a purpose more ambitious than their own use. They were doing the work of making cookbooks. To do this work, the women exercised all of the functions of commercial publishers: they solicited content; sought financial backing; edited, designed and illustrated; hired printers and binders; and finally marketed and distributed their product. They accomplished this on a shoestring budget, with little or no exposure to, or guidance from, the traditional centers of publishing, and without the motivation of personal gain. Such projects are the very embodiment of optimism – a posture, a worldview exhibited, if only occasionally, in the premise that what lies within is “unexcelled” (or “UNXLD”). The fruit of all this labor is a legacy of thousands of works, produced by amateurs (in the best sense of the word) in towns big and small across the United States, a distinctively American expression of fellowship, creativity, and purposefulness: the community cookbook.

AS AN EXEMPLAR of the genre, the community cookbook is generally recognized to display three characteristics: much of the book's content was drawn from the membership of an organization; the recipes were understood to have been compiled from sources largely local; and the usual purpose of the enterprise was to generate revenue for some charitable purpose or for the organization’s general fund. Books fitting this definition have also variously been called charitable cookbooks, fundraising cookbooks, compiled cookbooks, local cookbooks, church cookbooks, and in the postwar era (a little ambiguously), “those spiral-bound books."

WITHIN THE CATALOGUE, the items are arranged alphabetically by state, and chronologically within each state. This first offering (of what is expected to be six volumes in all) includes one hundred forty-four community books (and others which address issues of place and community) from Alabama through the District of Columbia, nearly one quarter of which are unrecorded.

A PRINT VERSION of the catalogue is available for sale here on the website. Just search for UNXLD, or click here.